More blows to the view that the Mind is what the Brain!

One of those now is the fact that dreamless sleep does not makes consciousness disappear. "When it comes to dreamlessness, conventional wisdom states that consciousness disappears when we fall into a deep, dreamless sleep". But researchers have come up with a new way to define the different ways that we experience dreamlessness, and say there’s no evidence to suggest that our consciousness 'switches off' when we stop dreaming. In fact, they say the state of dreamlessness is way more complicated than we’d even imagined. Source: https://www.sciencealert.com/your-consciousness-does-not-switch-off-during-a-dreamless-sleep-say-scientists?fbclid=IwAR1KALtkggRqhuV_LN6-B17EWbfJPTFh7t95LDLYv48ThpWmdftL7gEy52w Another blow is now scientific evidence showing that the Claustrum (region in the brain) is not the seat of Consciousness. It is not the so called elusive on and off switch of Consciousness. "Two studies published earlier this year suggest that the claustrum’s moment has passed. A study on five epileptic patients at Stanford University demonstrated that zapping the claustrum on both sides of the brain had no effect on their subjective experience.4 Corroborating this, a study on mice from investigators at the University of Maryland showed that deactivating the claustrum resulted in no apparent loss of consciousness.5 Based on these data, it seems that the claustrum may be yet another red herring in the hunt for the seat of consciousness". Source: http://nautil.us/issue/79/catalysts/where-is-my-mind?fbclid=IwAR1KALtkggRqhuV_LN6-B17EWbfJPTFh7t95LDLYv48ThpWmdftL7gEy52w
at September 15, 2020 No comments:

Is the mind dependent on the brain?

Many Neuroscientists think so however many are also interested in proving their pet theories. We know this for example in the Phineas Gage case, the same that can probably be said about other cases as well such as "The man who mistook his wife for a hat". I doubt these cases have happen just the interpretation of such cases. You have to be very careful not to leap to conclusions. For example, these cases are seen as scientific evidence that the mind is somehow produced by the brain.
at July 29, 2020 No comments:

I hope all Canadians me included have a wonderful Canada Day. All Canada day events will be online this year because of the Covid-19 pandemic. Which does suck but nothing anyone can do about that. In other news I have just come across another article on the split brain experiments where they continue to show scientific evidence of one locus of consciousness. That when you split the brain you don't have two consciousness but one unified consciousness which is compatible with the filter/receiver analogy of consciousness/mind/brain.

Email ThisBlogThis!Share to TwitterShare to FacebookShare to Pinterest
Labels: 2020

Internet analogy as it pertains to the Mind and Consciousness

Hi there guys hope everyone's weekend is going great. I was just thinking about a interesting new 21st analogy for brain/mind/consciousness.I still like the radio and tv analogies as well but I think this one is more up to date. This is different then the Materialist computer analogy that the brain is hardware and the mind is software and that consciousness is just some grand illusion of the brain. In this analogy all three are important, the brain is hardware and also software, mind/consciousness is the internet. This would explain why Neuroscientists can take pictures from the brain and see images like going into the computer and seeing images from the internet like google. Of course the internet did not originate from the computer instead the internet is access through a router/modem and the originator comes network towers. Those network towers in this analogy are from the other dimensions/ that are connection to this modem/router which is the soul made up of a different type of matter. The brain is merely a interface for the mind and consciousness in this view.


One of the biggest problems with Physicalism is that it tries everything to one substance. We know that the brain exist, that the mind exist and that consciousness exist. These are three things, not one. First you say that consciousness is just a grand illusion somehow generated by the brain and that the mind is just what the brain does. Nice and easy story there but it doesn't mean its true.
at June 20, 2020 No comments:

I am feeling so frustrated and angry right now. So sick and tired about hearing about this Covid 19. It feels like people are in a war zone so many darn restrictions. Easy for people who have a vehicle you can just hop in and go get fast food. People don't realize but when your going to a mall you do need something on the run something in your stomach. This is almost becoming to much for me. I was at the TD bank today and it was like a complete war zone had to wait outside for 20 plus minutes before even being allowed to come in so was my mother. They better start easing restrictions soon. One guy walk into the TD Bank and shut off his mouth to the workers there he had enough. Sorry for the rant but this really testing any patience I have left. The snow is adding insult to injury. I like snow but with this happening no need for it.


Yeah we are getting snow just to add too the current misery. It seems like things are getting worse, hopefully they get take a turn for the better soon. I have to get a new laptop too and to my surprise they had none at Walmart today when I went over there. Walmart is another place I will be avoiding for the next few months the same with TD Bank. I don't like going into Sobeys grocery store anymore neither they are way too strict with things. We have no Ubereats, Skip the dishes or Doordash here in my small town of New Glasgow Nova Scotia Canada so all we have are pizza places that will offer delivery. I miss my hamburger joints and KFC chicken.
at April 28, 2020 No comments:

Email ThisBlogThis!Share to TwitterShare to FacebookShare to Pinterest
Labels: Coronavirus

My thoughts on Covid -19 the Coronavirus

I like to present you my thoughts on this. We are social animals we are not met to be confined to a house. We have to be social losing the outside world will make us lose our mental well-being. Yes a lot of people are dying from Covid-19 but we cannot give into fear. The economic impact from this will be felt for a very long to come. There seems to be growing evidence that this virus was accidentally leaked inside a Wuhan lab. The original account of how this took place being that it originated from a wet market doesn't hold up. Because of the Chinese government we are all paying for it. I think China should be held accountable and so should the Who ( The World Health Organization), the who knew about this but didn't tell anyone, instead they praised China over and over again. Saying how good of a job they did containing the virus.
at April 19, 2020 No comments:

More blows to the view that the Mind is what the Brain!

One of those now is the fact that dreamless sleep does not makes consciousness disappear. "When it comes to dreamlessness, convention... 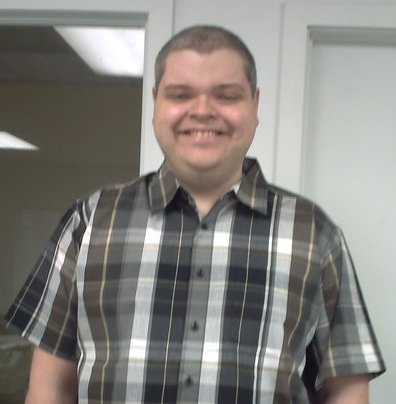